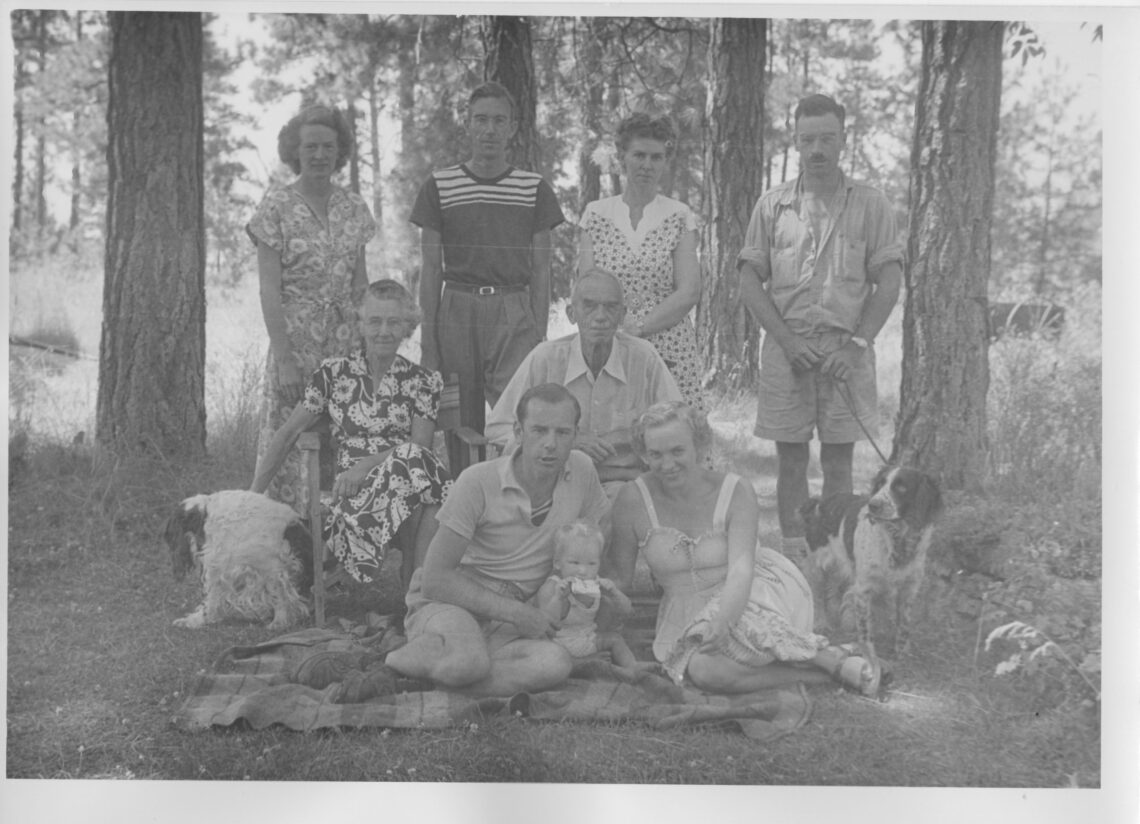 When my grandparents Robin and Kathleen died in 1957 my father took charge of the letters which they had exchanged during their courtship in 1908 and 1909 and had preserved as sentimental keepsakes.  He was reluctant to intrude on his parents’ privacy and the correspondence languished in a cupboard in his study for twenty years until he himself fell ill.  The end of his life was in sight and, with my mother’s encouragement, the two of them began a perusal of the letters, which proved to be both an engaging romance and a highly readable social history.  For his part, Robin recounts the day-to-day vicissitudes of the “young British rancher, a rancher of B. C.” , while Kathleen tells about genteel life in England’s green and pleasant Cotswolds, complete with society balls, fox-hunting, and lots of lawn tennis.

In 1909 they married and moved to Kelowna.  As far as I know, they never returned to the Old Country.  By 1917 they had a working farm and four children, and the Great War was in full swing.  Robin joined the Royal Flying Corps and served at training camps in southern Ontario.  He wrote to Kathleen at least every other day.

All the letters have come down to me, the last twig on this particular branch of the family tree, and it is with pleasure as well as a sense of duty discharged that I present them here.

Also posted on this website are three sets of letters which my father Tony wrote home to his parents.  The first date from his job as a newly minted B. Comm. in the office of a fly-in mining camp in the Northwest Territories and chronicle the birth of the city of Yellowknife, now the territorial capitol but then little more than a wharf and few shacks on the shores of Great Slave Lake.  The second set of Tony’s letters document his WW II training as an RCAF pilot.  The third set deals with his active service on anti-submarine patrol based out of Scotland and Northern Ireland.